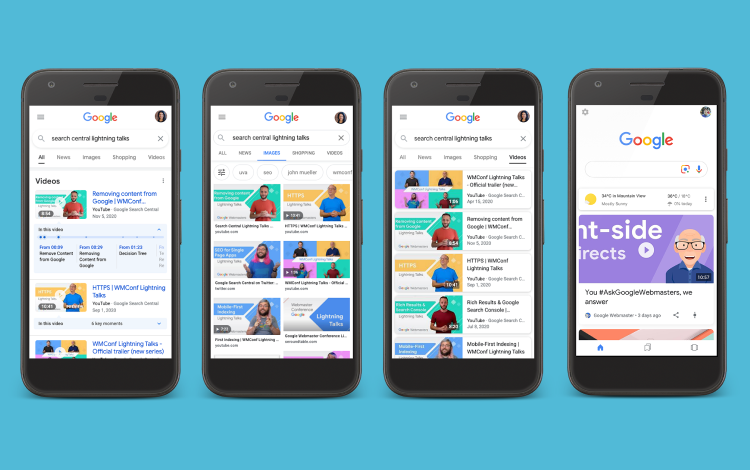 In the past few decades, we have seen rapid growth on the Internet, or we can say a revolution on the internet. Google plays an important role in this revolution being the top search engine in the whole world. Google never fails to astonish us with their new ideas, features, functionalities, etc. that are widely used in the network and are very useful for a search engine user.

With a bunch of amazing ideas floating in the market after they are out of their beta stage, here comes one more in the box, SeekToAction Markup. For a while, this feature was in the beta stage. Now Google has officially launched SeekToAction in the market for the key moments in the video searches.

In this article, we will know about what is SeekToAction Markup, what are the key moments, and other relevant information in depth.

Key Moments are shown in the Google searches that are made for the videos where Google can help determine the sections of the timestamps of the video. Users can directly jump from a Google search result to a particular section in the video, i.e., Key Moments.

Key Moments are very helpful in the case the user wants to know about the timestamps in the video so that it becomes easier for the user to jump to that particular section in the video. This helps in saving time for the user.

Let us take an example – Let’s say you have a phone of Redmi and there is some sound issue in the phone which you want to resolve. Now since you don’t have much idea about the same, you search on Google, How to repair a sound setting on a Redmi phone? Now, Google may contain a video in the Google search which has all the details relevant to the Redmi phone in one video and the video is of 10 minutes and the issue you are looking for is at the section of 3 minutes 12 seconds of the video. The Google search optimization company in mumbai will show you the timestamp at the particular section in the video, so now you don’t have to watch the whole video for that particular section, i.e., Key Moment.

Google has been using the YouTube description and the timestamps in the description for a long time in order to generate these key moment timestamps. SeekToAction Markup is now what’s trending in the market.

SeekToAction Markup works through the URL structure. It tells Google how the URL structure provided by the user works so that Google can easily display the Key Moments that have been automatically recognized for the video user is searching for.

According to Google, the user just has to define the URL pattern to Google in order to skip a particular timestamp in the video. Afterwards, Google with the help of Artificial Intelligence will identify the key moments in that video and further show the links directly jumping to those key moments the user has searched for in the search result.

How to use SeekToAction Markup

When to use SeekToAction Markup

If the user is in search of the Key Moment in the video which is long enough, it is better to enrich it with this amazing feature added by Google in the video searches on Google search. SeekToAction Markup helps the user to get to the particular section of the video through the direct search rather than the manual search. It helps enrich the video results for the user in the Google searches which further helps in improving the Click-through rates to the user’s videos from the Google search.

The world is a pie of mathematics, a never-ending journey. So why not put a brake on this journey, take a deep breath, and enjoy the moment for a while. SeekToAction will help you get the same feeling with its amazing functionality. It will benefit you in every way, from less time consumption and fast search to less puzzle and direct information retrieval. SeekToAction Markup boosts up Search Engine Optimization in so many ways; Haven't used it yet? Try now!

With the launch of SeekToAction Markup, Google has embraced its position in the Search Engines. No doubt, Google is competing with itself and who wonder what they are headed towards. We can just keep an eye, keep all our senses open to new information and keep learning.